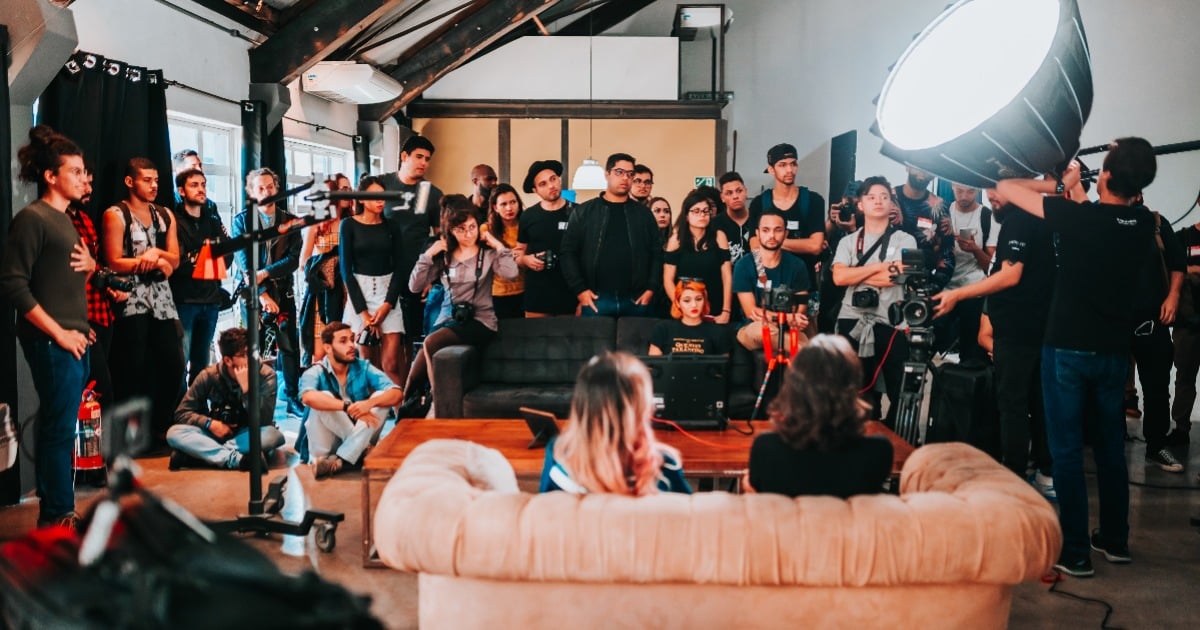 Why You Need to Care About Documentaries in 2022

If only someone would make a documentary about it.

The classical definition of a documentary is a movie, television or radio program that provides a factual record or report. But that’s not exactly the whole truth anymore.

Twenty years ago, crowds flocked to movie theaters to watch two-hour long feature documentaries like the Oscar-winning Bowling for Columbine, or the rightfully alarming An Inconvenient Truth. Audiences wanted to get informed on current events. To understand the latest findings on a facet of nature, humanity or culture. To keep up.

In 2022, our schedules and needs have evolved and so have the little things that keep us buzzing throughout our days. Documentaries in the form of podcasts, mini series and limited series are all flying at us. They’re shorter, easier to find and if you’re subscribed to all the big streaming services like the rest of humanity, they’re practically free.

Over 73 percent of all Netflix subscribers are watching documentaries — that’s nearly 70 million people on just a single platform.

We throw them on at the end of a long day, or the start of a great date night. To learn, laugh and feel. To understand what happened, hear what’s going on and see what’s coming next.

What’s not to love?

Why should you care? the impact of documentaries in 2022

A good documentary has a strong effect on our emotions. They make us laugh, cry or inspire us to make a change in ourselves. But a great documentary changes the course of our culture, economies and public policy.

Take Blackfish. Gabriela Cowperthwaite’s 2013 tearjerker circles around an orca named Tilikum, who was captured at two years old and held captive in various aquatic zoos until his death 25 years later.

The premise of Blackfish isn’t an Attenborough-esque window into the charmed life of orcas. It’s a hard, honest look at the circumstances that lead up to Tilikum's involvement in the deaths of three people.

The orca is alive today because it communicates, eats and socializes with other orcas, just like us. But it’s more than that. Our brains share a lot of similarities, except for the center that controls compassion, empathy, perception, motor control, self-awareness, and interpersonal experience — that’s way more developed in orcas.

Different orca groups communicate in different dialects. They let each other know what kind of yummy fish are nearby. Orca mothers teach their babies, and in the film, you can watch the people who knew Tilikum recall the way he cried for his mother when she was taken from him. The long, frantic wail of a lost child searching for his parent, as they shipped her off forever. 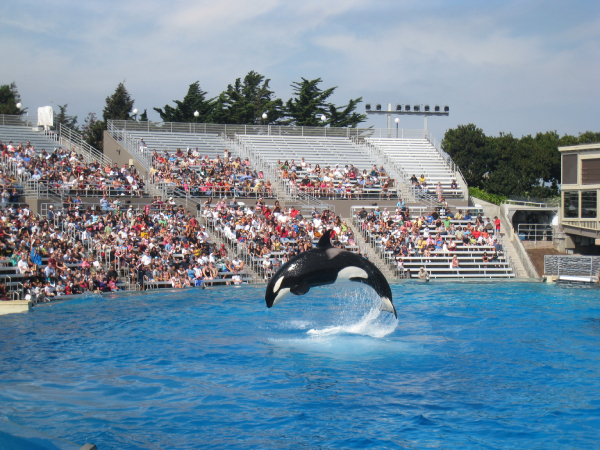 If you don’t know much about SeaWorld, it’s essentially a zoo, or prison, for fish. People travel from far and wide, carting in their partners, parents and children to see manta rays, dolphins and other marine life held captive and made to perform for our delight. Cowperthwaite and crew spend the two-hour runtime of Blackfish letting you reach your own moral conclusion, with devastating interviews from marine experts, university professors and some former SeaWorld staff.

They generally agree: capturing, isolating and torturing living being will lead it to do things it normally wouldn’t — like show aggression.

While we might begin watching Blackfish in disgruntled opposition to the “killer” whale, because how could it do this to those poor humans, our opinions are quickly reduced to ashes like the house of cards they’re built on as each atrocious admission of starvation, sensory deprivation and humanity-induced psychosis beats us just a little lower into our seats.

But the point here isn’t the emotions that Blackfish pulls out of us. It’s the ones it charges us with.

You can watch a film like Blackfish and feel sad for a little while after you turn it off, then forget about it and go about your life. But millions of people didn’t.

News outlets ran stories on the doc and its exposé. Folks flocked social media where they discussed, debated and cried out in protest. In the years following its release, SeaWorld saw a massive drop in attendance — and stock price. The latter being the real factor in SeaWorld later redesigning then phasing out their orca shows. But if there’s one outcome that fills us with hope, it’s that SeaWorld stopped breeding orcas altogether.

So is it so unrealistic to think that maybe the creators and contributors had at least a glimmer of an idea of these outcomes when making the picture? Talk about a return on investment.

In the other direction, there are documentaries that take a less devastatingly heart-wrenching look at an industry or brand — and even manage to squeeze in a few laughs along the way.

The Chef Show is everything a cooking show should be. It follows writer, director and actor Jon Favreau and master chef Roy Choi through different culinary realms as they experience the best restaurants and recipes in the world. 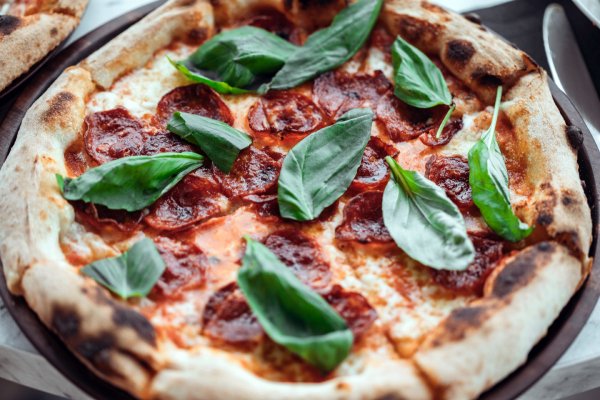 The dynamic duo learn how to make omelettes with Wolfgang Puck, flatbread with Chris Bianco, and the best birthday cake from Milk Bar’s Christina Tosi. Of course, there are major celebrity guests like Robert Downey Jr., Gwyneth Paltrow, and Seth Rogen, but the real stars of The Chef Show are, well, the chefs.

Watching someone truly dedicated to their industry, someone whose made a career out of their passion, whose eyes light up and mouth runs a mile-a-minute when they get to talking about their latest discovery in their field is someone utterly magnetic. And the restaurateurs, deli clerks and food truck fanatics featured alongside Favreau and Choi’s playful banter are that to a tee.

So what’s the impact if there are no tears, heartbreaks, or moral outrages?

People love to watch inspiring people. And there’s nothing more inspiring than relatable folks who care about what they do. When an industry expert gets going on a topic that’s new, popular or educational, when they’re clearly into it themselves, it makes everyone who watches them care too.

And depending on the genre of the docuseries, it’s basically the perfect ad. Think about it, if you’re a human being who’s ever watched a cooking show, you know that after a few minutes all you can seem to think about is a big bite of the sizzling burger, succulent melty cheese, or decadent chocolate cake featured on screen. You tuned in to be entertained, but you end up completely sold on whatever the heck they’re talking about who cares just give me a bite!

So impact isn’t just a direct A to B. It’s a ripple effect, a tiny drop that falls in the mind of the documentarian and waves through all the documentary characters, industry experts and people on the street who contribute in the picture, that reaches a crescendo of news scoops, public policy creation and privatized reform, and finally, you.

So what’s the impact of a documentary?

A good documentary will change buying behavior among global markets. Shift the way entire cultures feel about a product, organization or industry. A great documentary will have such an impact that it creates a new generation of brand champions that advocate for boycotts, better choices and truth from corporations to anyone who will listen.

Maybe the next great documentary will have people crying out, “Who in this world will step up, do business the right way and give us what we want without burning down a village or extinguishing a species to get it to us?”

And the most successful brands will be the ones ready and waiting to step in and say, “We will.”

If you want to learn more about the power of documentaries in 2022, we’re here to help.

Click below to watch your docuseries webinar presented by WorkerBee.TV President Dan Stevens

Are You At Risk? How to Stay Safe Online During a Pandemic.

In 2020, while the American public was focused on protecting our families from a global pandemic...
Read More

Welcome to the land of sponsored content. You might’ve done a flyover of the topic before, but...
Read More

Is Creating Content Actually Expensive or Are People Just Doing It Wrong?

Do you find yourself constantly worrying about how your association is going to pay for the videos...
Read More